Sophia is a citizen of Saudi Arabia.

Her role is supposed to be taking care of the elderly at nursing homes and providing them with companionship. She has given several high-profile interviews and worked with musicians.

But what is so special about her? Well, Sophia is a Humanoid Robot.

She was created by Hanson Robotics. She is capable of displaying several human emotions and carrying out conversations. Moreover, she is the first robot to have been granted legal citizenship.

And in the near future, there will be many more like her or perhaps more advanced than her. 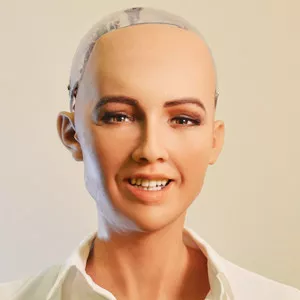 So, we finally have a solution to serious problems like loneliness and lack of friends. If you ever feel lonely, you can just build your own friends!

That was just a joke!

On a serious note, Sophia signifies how far we have come in the field of robotics. And humanoids like her will soon be a part of our daily life in the near future.

So, if you are someone who is interested in building a career in robotics, scan this blog to learn everything you need to know.

Robotics is a field that involves the science and technology of constructing, designing, and using mechanical robots. Robots are created to replicate, mimic, or substitute human actions or tasks.

Robots can be either independent or dependent on humans.

A robot must have a physical form like a chassis or a body. Software programs like chatbots and web crawlers cannot be considered robots even though they are completely autonomous.

Based on the functionality and purpose, there are generally 5 types of robots:

Scope of Robotics in India:

Robots are the ideal technology of the future as they have a wide variety of uses. They are used in many major fields such as:

The field of Robotics is destined to change the way things are done. Many experts believe that the industry will soon become an inevitable part of life.

Robots have already become a part of many industries in India. They are used to carry out hazardous and mundane tasks.

Moreover, with the rapid progression of Artificial Intelligence, Data Science, and Software Technology, the field of Robotics is bound to make rapid development in the near future.

Eventually, many new jobs would be created in the industry, and the scope of Robotics in India would be high.

As a result, students would have high scope and opportunity to establish a strong, stable, and growing career in Robotics.

A student of Robotics can enter various interrelated fields to build a good career. Some of the Robotics job opportunities are as follows:

The employment opportunities for skilled and qualified Robotic Engineers have increased in the manufacturing, mining, agricultural, and nuclear power industries.

The following companies are the top recruiters in the Robotics industry:

Therefore, now is the best time to enter the industry and build your own robot.

List of Top Courses to do After 12th Commerce

List of Top Courses After 12th for Arts & Humanities Students

Get the List of Top Professional Courses after 12th Class: Admissions & Fees

Future of BNYS in India

BNYS has recently gained recognition due to the increasing popularity of Naturopathy and Yogic Science. Check out scope and future of BNYS in India. Talk to experts about BNYS now!

PGDM Vs MBA: Which is Better for Placements?

Are you confused between MBA and PGDM? Don't know which offers better placement opportunities? Check out to know the difference between the 2 courses! Also, get expert counselling now!

Get more details about the differences between BA LLB, BBA LLB, and B.Com LLB. Talk to experts for admission guidance now!

BBA or B.Com: Which is Best to Study After 12th?

Confused between BBA and B.Com? Check out the differences between these courses to find out which one is best for you to pursue after the 12th. Get counselling now!

All You Should Know About the BBA Course

Get complete details about the BBA course, along with opportunities after the course. Get free admission guidance now!

Scope of Hotel Management in India

How Should You Pursue ACCA- With or After Degree?

Should you pursue ACCA with or after your degree? Check out the answer and Contact us for more guidance NOW!

Explore more about top Colleges for Artificial Intelligence. Check out the eligibility, specializations offered and many more. Start applying for the course now!

Scope of BE Artificial Intelligence Study in Bangalore

Find out what Artificial Intelligence has in store for you. Learn more about its scope in Bangalore. Get career guidance for AI courses now!

Puzzled about a career in Microbiology? Here is your complete guide to Courses, Colleges, Jobs and its Scope. Explore Now to become a Microbiologist.

Is BHMS better than MBBS?

Confused between BHMS and MBBS? Here is your complete guide to both the courses. To discover the Course, Syllabus, Scope and Jobs, Explore Now!

Scope of Culinary Arts in India

Marine Biologist as a Career

Indulge in the study of the oceans & its organisms. Explore Marine Biologist as a career & study from a Top College. Apply Now for the best admission guidance!.

All About B.Sc Renal Dialysis

Get the list of top 25 courses after 10th : ITI Courses, Diploma in Engineering, Diploma in Medical, Tour and Travel.

Are you looking for a course after your graduation? If yes, then you can check out the top PG Diploma Colleges in India: Fees, Eligibility, and many more.

List of the Top Banking Courses after 12th Class

How to become an Orthopaedic Surgeon in India

MOOV does not REMOVE every pain. That’s why we have Orthopaedic Surgeons. Learn how to become one. Explore and apply now for admission guidance!

Career as a Meteorologist

A career as a Meteorologist entails predicting weather changes. Ace this profession by joining one of the Top Colleges in India. Apply to a top college now!

All About B.Sc Biology

Does the animal and plant kingdom bring scientific curiosity to you? Learn about Biology’s importance, its course, syllabus, scope and more. Explore now!

Explore Biomedical Engineering that combines both Engineering & Medicine. Get complete details of this unique field now!

Looking for the best BCA College in Bangalore? Get details about them and the specializations offered by them. Reserve your seat now!

Career as an Economist

Want to pursue a career as an Economist? Get to know about the How and the Why: Scope, Colleges, Career Opportunities, etc. Have a look at a bright future now!

All About B.Sc Medical Imaging Technology

Know all about Biochemistry: Scope, Top Colleges, Job Opportunities, and much more. Explore to know what your future looks like!

How to Become a Petroleum Engineer?

Dig deep into the world of Petroleum Engineering: Top Colleges, Courses Offered, Scope, and much more. Apply at your desired college now!

Difference Between MBA and Executive MBA

Are you confused between MBA and EMBA? Clear your doubts right away. Know all about MBA and EMBA: Courses, Job Scope & more. Explore Now!

How to Become an Audiologist

MBBS vs BAMS vs BHMS: Which Medical Course is Right for You?

MBBS vs BAMS vs BHMS: Which is better? Get complete details of all 3 courses and choose the most suitable one. Grab your seat at a top college now!

Which is Better: GNM or B.Sc Nursing?

How to Become a Dermatologist

Know everything about how to become a Dermatologist after 12th: Courses, Colleges, Career Opportunities, and more. Explore Now & Grab Your Seat at a Top College!

A Career in Travel and Tourism

Know how to pursue a career in Travel and Tourism: Skills Required, Popular Courses, Eligibility, Career Opportunities, and more! Drive-through to Explore Now!

How to Become a Mechatronics Engineer?

Get to know the details about becoming a Mechatronics Engineer: Courses, Top Colleges, Jobs, Salary, etc. Start your career engines by exploring now!

Difference Between BE and B.Tech

Get complete details of both the courses and know the difference between BE and B.Tech and choose the most suitable one. Grab your seat at a top college now!

How to Become a Horticulturist

Are you fascinated with plants? Do you think you can make a career out of it? Then, here’s the chance for you to know all about Horticulture. Explore Now!

How to Become a Network Engineer?

Plants significantly impact our lives. If a love for flora is your flaw, check out the scope of B.Sc Botany and be a professional Botanist. Explore Now!

How to Become an Investment Banker

Want to make some splash in the markets of desi Wall Street? Interested in minting money? Check out how to become an Investment Banker Now!

How to Become a Genetic Engineer

Keen on becoming an Engineer who works with genetic material? Check out the options at your disposal: Courses, top colleges, eligibility, etc. Explore Now!

22 Careers to Pursue with a Degree in Architecture

With multiple computer courses to choose from, know the difference between each of them to make the right decision. Explore Now!

All About Choosing the Right MBA Specialization

Are you struggling to choose the right mba course? Here we provide the list of MBA Specializations in India which suits you. Explore Now!

Check out the list of Law Courses after 12th bachelor, pg and diploma: Duration, Eligibility, and many more. Explore Now!

All About Bachelor of Education (B.Ed) Entrance Exams

Check out the list of B.Ed entrance exams: Eligibility, Dates, Syllabus, and many more. Explore Now!

How to Become an Astrophysicist

How to Become a Yoga Professional

Know everything about how to become a Yoga Professional: Scope, Colleges, Career Opportunities, and many more. Explore Now!

BCA vs B.Tech: Which is Better?

Check out the difference between B.Tech and BCA: Course Details, Benefits, Career Options, Salary, and many more. Explore Now!

How to Become a Computer Programmer

How to Prepare for XAT Online

List of Top Courses After 12th for Arts & Humanities Students

Request Call Back
Developed by Imagino